Are you ever too old to snowboard?

Snowboarding is perceived to be a young person’s sport, and having just watched the Olympics, where more than fifty percent of snowboarding medal winners were under 25, you’d be forgiven. In comparison to skiing, snowboarding is a relatively young sport, becoming popular back in the 1980s. Skiing heritage travels back over one hundred years, so it’s relatively common to see those aged over sixty, seventy and beyond cruising the slopes. For snowboarders, who started ‘back in the day’, they are likely to be in their fifties, and it is unusual to see ‘silver’ snowboarders. As I get older, I’ve been asked a few times, “When are you going to stop snowboarding?” which made me think about what is possible when the body ages. Luke Rees, Managing Director of AWE365 introduced me to Jenny Cruse, who learned to ski in her late thirties when accompanying a school ski trip but switched to snowboarding at fifty and continues to do so today, twenty-one years later. As a self-styled grob (grannies on boards) – a term with more than a passing nod to those at the other end of the spectrum – here’s what she had to say….

Why did you switch to snowboarding? I thought it was cooler and more challenging, plus my skiing was at a plateau and I felt I would not get better without putting in a lot of effort. I also liked the idea of not wearing those horrible ski boots which always seemed to hurt!

What makes you continue snowboarding? I love carving sports, so enjoy the sensation. I also have damaged knees and arthritic hips and I find the forward backward motion of boarding easier on knees and hips. Plus I love the gear. I’m always in love with my snowboard. I’m currently riding an Arbor Push which is quite an old model, but previously I loved my Tina Basich Pro with a swan graphic, but sadly it got stolen. 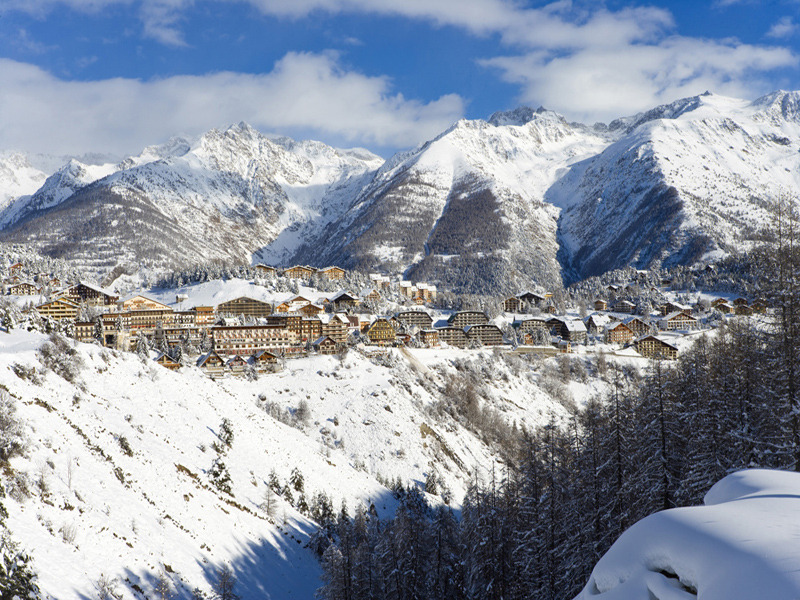 What is your favourite resort and why? Auron in the Alpes Maritime [situated in France’s Southern Alps 90km north of Nice] because it is so friendly and ridiculously cheap. When the sun is out, after a dump of snow, it is just delicious. I also love the Provençal Rosé wine! The best plan is to ride mid-week as it gets busy at the weekends with the Niçois, all keen to ski or ride the 135km of pistes.

What type of board do you ride? Arbor Push, Burton Fish (which is way too big for me) and an old Burton Custom. 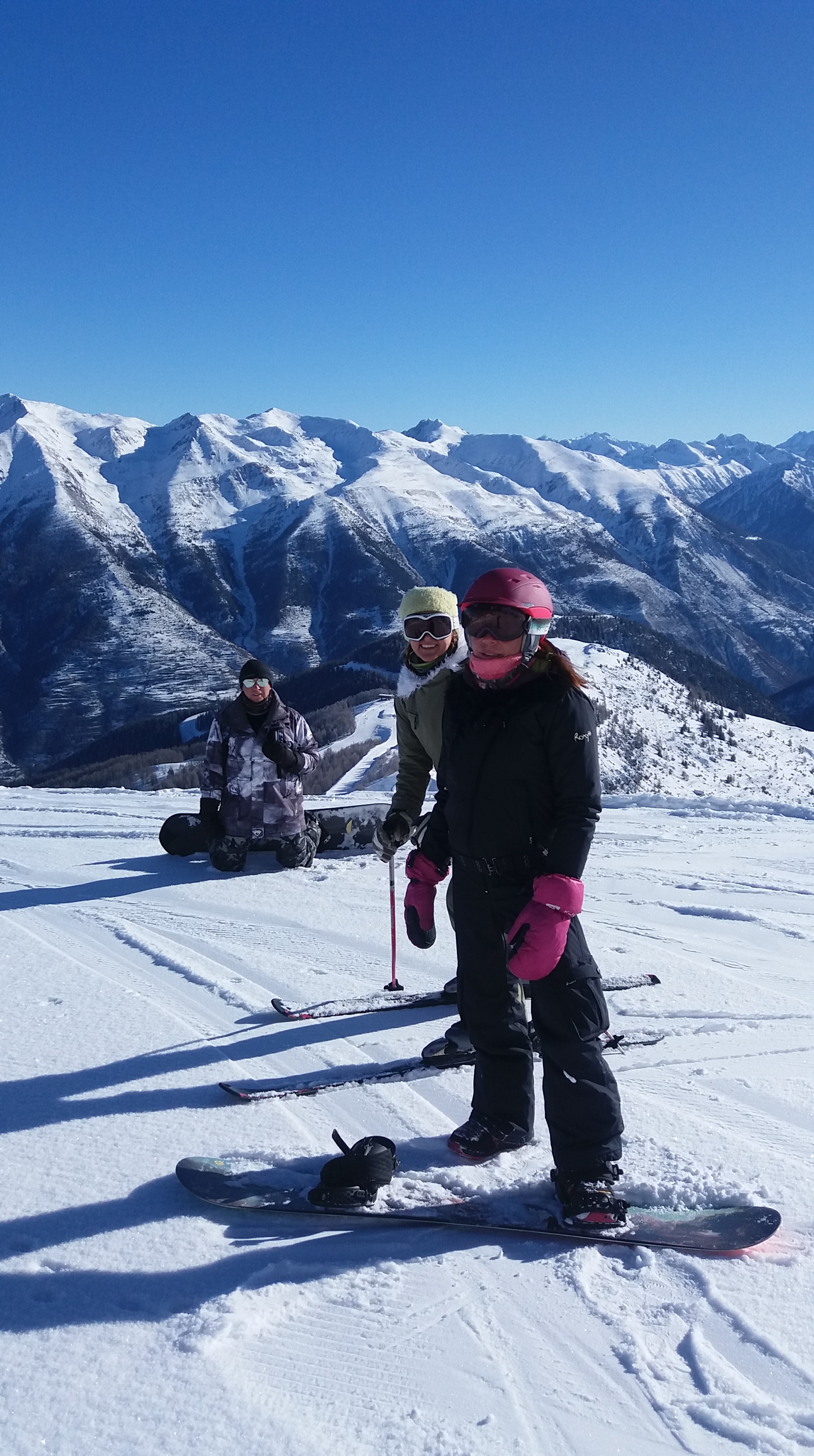 With whom do you snowboard, and do they ski or snowboard?Husband and family as well as friends. Our group is usually 50% skiers and 50% snowboarders. The skiers are good and can ride in the powder off-piste, and in February, we had 29 people travel with us for the two weeks we were out in Auron. If you want to see how we got on click here.

Did you have snowboarding lessons when you started, and do you still have lessons/ coaching? No, I’ve never had a snowboard lesson; I just learnt by falling lots. I often think about having coaching but it’s bit late for me.[I say it’s never too late, Jenny!] Although, I would probably add it’s a good idea to have lessons, because nowadays the teaching methods tend to be very physically supportive, and will prevent some of those nasty falls I encountered.

Do people ever comment on your age when they see you on a snowboard? Um yes….I got stopped a few times at the lifts because I have an OAP pass! I also think someone mentioned me, as well as my hubby, in an online forum about, ‘Who is the oldest snowboarder you know?’, but I’ve no idea who it was.

You don’t see many older people snowboarding; why do you think that is? It’s hard work and you have to be very fit. You also have to not mind crashing a few times. My friend Nicky, who is also recently a grob, is very good and superfit, but she is also a personal trainer. To be honest, I think personal fitness and toughness is the key to keep riding when you are older.

How do you keep fit between snowboarding trips? Daily yoga, tennis, swimming, and lots of gardening. I don’t do much running because my knees are knackered.

What advice do you have for those aged 50+ who want to take up snowboarding? Get a very good helmet, a good set of impact shorts, wrist guards and a big tube of arnica, ibuprofen and paracetamol plus plenty of grit. You will fall lots of times, so you need to be tough.

A huge thank you to Jenny for sharing some insight into riding as a grob, and offering some inspiration to those of us following on. At twenty-eight Billy Morgan, Britain’s bronze medal winner in the Olympics inaugural Big Air, was the oldest finalist, whilst Jenny Jones competing four years ago in Sochi was the oldest finalist by six years. Age is not a barrier whether you are an Olympian or a recreational rider. Next time someone asks me, “When are you going to stop snowboarding?” The answer will be, “Never!”

For some extra reading checkout this article by the Huffington Post about getting fit if you’re over fifty. Or to get some inspiration and top tips about starting to snowboard you can read my book, Take It All On Board, available in either hard copy or ebook. But whatever your age, strap in, shred and go have some fun. See the 78-year-old, Norma, below as part of the BBCs Get Inspired collection.